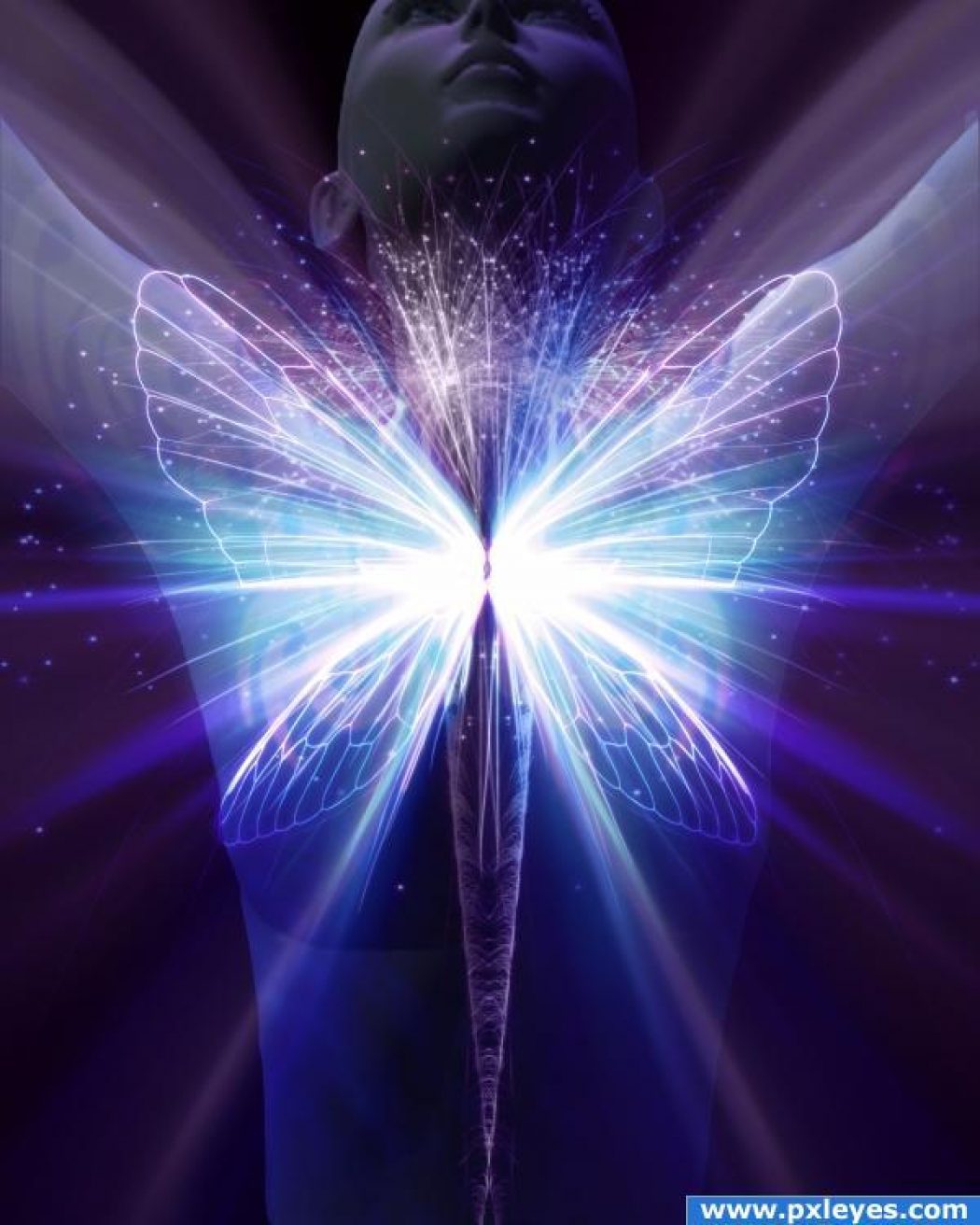 The Ascension Papers, Book 3 by Zingdad

Adamu: What is The Event? In a nutshell, The Event is the moment when your collective consensus reality, the timeline that nearly 8 billion of you, that all of you are currently creating together, splits. You can imagine a great rope of many strands, 8 billion strands, in fact! This great rope becomes unbraided and a number of smaller ropes get made with those strands. That would be a fair understanding. The moment of the unbraiding is The Event. It’s that which happens that allows you then to proceed on a smaller rope.

So, when will The Event happen? I’ve mentioned previously that it is desirable that the “when” is delayed. That it take as long as possible for the “when” to happen. And I wish to address that. Those of you who are of the lowest frequency of consciousness, those who are profoundly victim-conscious, those of you who are of other-responsible consciousness… and please, if you don’t understand what I’m talking about here, we have spoken about this. Zingdad and I have produced two videos on the frequencies of consciousness and spoken about what other-responsibility is, versus self-responsibility, versus unity-consciousness. This has been addressed. If you don’t know what I’m talking about, please pause here, please go and have a look at those videos, at those publications.

Those of you who are of the lowest frequency, and typically low frequency beings would not be watching this video. You wouldn’t be interested in it and it would make no sense to you. You wouldn’t be resonant with it. The deeply other-responsible are clinging to an idea that their life is wrong, the world is wrong, everything is wrong and someone else must come and fix it. Those of you would be looking at The Event as being the moment when everything gets fixed. Unfortunately, for the deeply other-responsible, the deeply victim-conscious, exactly the opposite is going to be their experience. It’s going to be a moment when they really get what they are creating [I.e.- catastrophes, calamities]. When they are no longer in a rope with self-responsible beings who are making sure that the world keeps functioning. They are then only in a world with other victim-conscious, with other, other-responsible beings and nobody is making sure that the world keeps working. Nobody is continuing to keep the wheels of the world turning. Things fall apart. In a disastrous way. For those who are simply sharing an other-responsible world with other, other-responsibles.

The Light certainly is rising on planet Earth, particularly now that the structures of control, those that we have called the Illuminati, those that are operating from behind the scenes; particularly as their grip on the world, as their ability to pull the strings of power begins to fade and wane; particularly as they begin to be in conflict with each other, as their power structures begin to collapse, consciousness is rising at an accelerated rate. So, the victim-conscious are slowly becoming creator-conscious, are slowly becoming unity-conscious. This is happening. Other-responsibles are becoming self-responsible, are becoming unity-conscious. So, the longer we delay The Event, the more souls will move from an experience of The Event which will be shocking and painful, to one which will be acceptable, to one which will be truly joyful. And so it really is desirable to delay The Event.

So, the “when” is not cast in stone. But the longer it takes, the better. If you are of a mind that you say, “Well, too bad for them, if they’re creating something horrible, they must get what is horrible. I want my good outcome. I want my happy outcome and I want it right now!” Well, the bad news is, if that is your attitude, you’re actually creating from a place of duality. You’re creating victimisation. Your consciousness is probably lower than you think it is. And you probably need to be working on yourself, on your connection to the Divine and on your relationship to the other. But, more about that in a moment.

The subject of what will happen is also not cast in stone. It’s also not concretised. What will happen is still to be created. And, who creates it? You do! The higher your frequency of consciousness, the more powerfully you create. So, the deeply-victim conscious are creating less powerfully than the self-responsible and that’s a good thing! And the self-responsible are creating less powerfully than the unity-conscious. That is as it should be. Because the unity-conscious amongst you are those who truly create from a place of deep compassion and deep loving care for everybody. Amongst the unity-conscious you will not find the, “I’m OK, Jack, tough for you!” kind of an attitude that you certainly will amongst the more victim-conscious.

So, what will happen is not cast in stone. But there’s a range of possibility. The most deeply victim-conscious will need an experience that will allow them to let everybody else go from their consensus. Now, this is what I am saying: The Event is a moment when the consensus breaks down, when you are willing to let everybody else go. So, you need an experience where things that currently function in the world: media, the Internet, electronic communications, for a moment breaks down, for a moment is paused, so that you don’t know what is going on beyond your own eyesight, beyond your own earshot, you don’t know what is going on. Then you let the rest of the world go and you focus on your own experience. Well, The Event is very much about that. Letting the world go and focusing on your own experience, creating what you’re creating and getting what you’re creating. If you are creating with great anger, with a lot of hatred, with a lot of fear, with a lot of rage, if these are the sponsors of your creation…then, you might find yourself having the kind of cataclysmic, apocalyptic experience of The Event that some fear it will be. If that is what you are creating, then that is what you might very well get. That is one way of letting the rest of the world go. Great disastrous experiences: World War III and comets crashing to the Earth and disease and mayhem. That’s one way of letting the world go. And, then what happens afterwards? Well, the consequences of that world that’s broken, where you try and pick up the pieces… that’s one possibility. That’s the low frequency possibility.

The high frequency possibility is very different. Those of you who are of unity-consciousness, those of you who can find the light of the Divine within yourselves and then also begin to see the light of the Divine in other human beings. Those of you might also be willing to start to see the light of the Divine in animals, in plants, in the planet. Those of you will be ready, perhaps, for a very joyful experience. Where perhaps the lightships that are currently holding quarantine around your planet can begin to appear in your consciousness, they can re-resonate to your frequency, or you can re-resonate to theirs. And you can see this grid of lightships around the planet. And this grid can, by virtue of its re-resonating to your frequency, will cause your electronic communications and your electrical items to cease functioning, temporarily, for a short while, so that you can really let go of the rest of the world and those ships can begin to drop to the Earth, like stars falling to the ground, they can drop and beings can emerge from those ships: some of them looking quite like you (we Pleadians look somewhat like humans) or they can look very different from you. There are members of other civilisations who are a part of the Galactic Federation who look very different from you. But, because you are of unity-consciousness, you can look with your heart and see the light of the Divine in that which steps forth from the ship. And you can engage, we can connect with you telepathically, you can engage personally and be reassured that all is well, that all is proceeding as it should. And a new world opens to you where your planetary civilisation is now a part of a greater galactic civilisation. That would certainly be quite a joyful future!

There are other possibilities between these two extremes, which you might be creating for yourself. So, what will happen, and what will happen afterwards, is not cast in stone. It is created by you, in concert with what is called the Planetary Council.

OK! So from what I get out of all this, there is a series of progressively stronger plasma waves impacting the Earth, which I began to feel most notably in 2018, with the purpose of progressively raising the frequency of the human population. As this occurs, many will and already have experience their own personal singularity event(s), giving them a direct experience of their Oneness with the Creator in their hearts. When the main CME arrives, impulsed supposedly by the Great Central Sun, it will affect everything and everyone on Earth, and everyone may be able to perceive it, BUT not everyone will embrace it (free will). At that time we may be able to change our perspective and switch or jump directly into alternate realities/time-lines which align with and externalize the higher energies that we resonate with as self-realized creator beings.

Now that there is a background context of the external/physical and internal/non-physical Singularity Event from various sources, let’s look at the concept of co-creation through the agency of Consciousness Constructs, as told to Zingdad, then see if we can come to an even clearer picture of the ‘Main Event’ from the broader perspective of creator beings operating from unity consciousness…

To keep reading, press page 2 below…

Stillness In The Storm

The Wake Up Experience