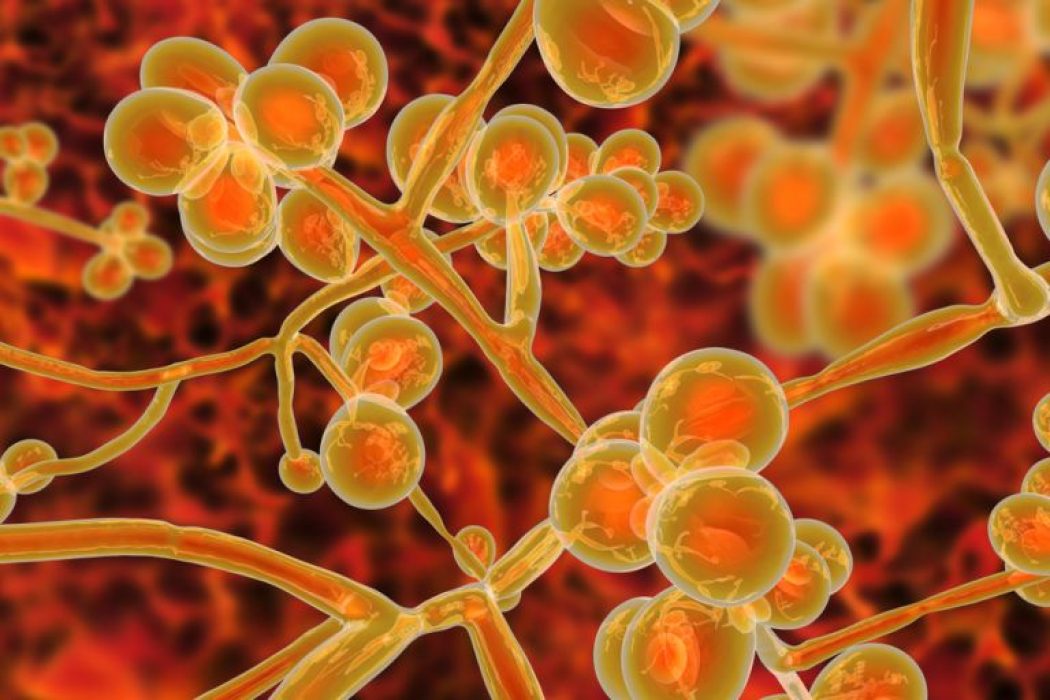 Welcome to Part 6 of the Cosmic Death Fungus series,

where we recount our experiences taking the Natural (NAC) protocol for fungus clearing.

Part 1 mainly deals with the discovery of the pathogenic problem, and immediate solutions

Part 2 expands on various related health topics, including a tie-in to coming a worldwide lockdown.

Part 3 delves more into the historical origins, esoteric implications and philosophy behind this threat, as well as it’s planetary ramifications.

Part 5 will include the newest info dumps/research links, most recent Q & A and users’ testimonials, and the latest updates on the Natural protocol after May 10, 2022.

If you have not yet seen this video from earlier posts in this series, this explains partly why we are doing this natural protocol:

It sucks I have to say this, but nothing in this articles series should be taken as absolute truth or professional medical advice! And if you are not already in perfect health, then you should consult a medical professional before attempting to self-cure using any remedy included herein!!!!!

“People should do their research before taking any advice. Before doing any protocol. Even advice and protocols from an MD.” –OP

AGAIN, DO YOUR OWN RESEARCH AND REACH YOUR OWN CONCLUSIONS, SINCE YOUR TRUTH IS ALWAYS TRUE FOR YOU, until it is not!

(2 month minimum + 3 weeks no die off before moving to maintenance phase.)

OP mentioned Fennel oil 1 drop on your toothbrush every time you brush to eliminate mouth fungus, he also said this will cross the BBB [blood brain barrier] as an added benefit. It will get into your teeth and gums helping in many ways.

You can continue to take other supplements. Yet we must be wise in all this because our liver must breakdown all of these things.

It goes without saying, no alcohol or illicit drugs as they all are counter productive. If you must please wait until after the 2 months.

All dosages based off of a person 150lb.=68kg., so adjustment may be necessary.

Take only with food as that makes it easier on the body to assimilate and less issues. Also take separately from your other medications, if possible.

*For women who do not respond to NAC, Glutathione, Cysteine & C can be substituted.

the dosage would be 2 caps morning 1 cap night. Everything else would remain the same.

**Black seed oil dosage depends on how you take it. If you take the capsules you want around 1500mg. If you have the oil in a bottle (preferred method) just take a teaspoon or swig, swish with it, then swallow.

– After every 3 weeks on the maintenance protocol, take 1 week off. Continue to use black seed oil during the off cycle.

– The maintenance phase will put you into a process called mitophagy, and your body will have the ability to start fighting it off naturally again. You will be resetting both cell repair and mitochondrial function. This combination is the solution to getting around gene defects in the IL-17RC and STAT1 for people with familial candidiasis.

– As far as the fungus going dormant, it usually responds to immune events. It is dimorphic, so it changes its form and begins filamentation when the opportunity arises. It may have appeared dormant when it remained in it’s single celled planktonic form (yeast) but rarely becomes dormant unless under heavy attack. It will remain dormant using the protection of biofilms.

– Fungal die off symptoms may include:

-Signs to look for that indicate you are ready to go on maintenance: This is an evolving list, but so far here is what we are seeing.

These have been common symptoms that you are ready for the maintenance phase of NAC + NAD.

Based on what we’ve seen over the past year and the recent flood of feedback from the chan groups, 2 months may not be enough for some people. We have one older gentleman that didn’t really see relief from die off until the 3 month point, but has made large leaps and bounds with his health.

One thing people misunderstand is having relapses into old issues. It was never a relapse, you were still battling it out of your system, layer by layer. So really, seeing relapse symptoms after a period of general wellbeing is a good sign. That means you are beating it at levels that have been pre established for years. Old multilayered biofilms, strengthened by DNA strand latticeworks sometimes take time to destroy.

But rest assured, they get destroyed. I think that the key to beating it in the most efficient manner is having a long lasting, extended release solution. Peribsen has been focused on a plant compound taken from heal-all that looks very promising. It appears to have no resistance issues with bacteria and fungi, so could be used in combination with oregano to accelerate results and provide additional benefit.

The extended release option is really key. Having time release niacin (slo niacin) combined with pterostilbene, black seed oil and a thermogenic like bioperine appears to give 6+ hours of attack and protection. Nicotinamide Riboside (NAD+) is mentioned as an alternative for people who have nerve issues or react to pure niacin. In general the switch was made due to NA Timed Release being useful for 6 or more hours when combined with pterostilbene or resveratrol. The NAD uptake is similar and likely better than the amide at a fraction of the cost. This change should improve results and also lower costs.

Of course you could combine that with heal all (Prunella vulgaris) or oregano as well if you want faster results, but this would of course be for people who already ran with the NAC protocol and have cleared out enough to not overdo the die off.

Protocol may also be effective against Toxoplasma.

– Non-flouride Nano-hydroxyapatite (remineralizing) toothpaste
– Xlear or hypochlorous nasal inhaler
– Tumeric and Ginger (This will help your Neuropathy, and also serves as a thermogenic like pepper)

These are links to all the products I ordered off MercadoLibre.com.ar on May 6, sufficient for myself and my partner (x2 full protocol).

Your prices will be different than mine over time.

We expect to begin protocol when all products arrive or no later than June 1.

The best way to store powder bulk NAC is in an airtight container or vacuum sealed with a few silica packets to remove moisture. It can last up to a few years, but will degrade over time. The signs are a sulfur smell or rotten eggs. It is still beneficial in this form as well.

Best price I could find on Black Seed (Cumin) Oil capsules, ½ off anything else, ships from overseas/USA.

their 250ml bottle of Turkish oil …

GET DISCOUNTED PRICE ON PRODUCTS BY BUYING DIRECT from www.macoimpex.com!!

We saved over $3000 buying direct from MACO Impex,

but as of June 2022, we receive no commissions on any product referrals to their own website nor to their Mercado Libre storefront!

To continue with the updated Maintenance protocol of May 10, we ordered another 250ml Black Seed Oil bottle above, plus these additional supplements below, that should extend the maintenance period (for 2 people) by at least 2 months:

This is a NAD precursor + Resveratrol and other supplements

Added this as a booster just for insurance

Now, I ordered the above 3 NAD+ Nmn Essential Coenzyme Precursors (w/ 100g c/u) in pure powder from Natural Whey for $3488, essentially less than half price of this combo pack ($5519) from Planeta Libre Nutrición y Bienestar Integral:

But, Planeta Libre does a great job explaining (in Spanish) what the precursors are and do:

May 26/Day 1 – Today we started the NAC protocol

Starting having some intestinal cramping from the OOO yesterday, and last night had very abnormal dreams, like with two bears wanting my food while I was eating on a couch in England. And being in Mexico with friends form this town and looking at property for sale overlooking the beach. Woke up yesterday am feeling more buzzy energetically than normal.

June3/day 9 = Pedro, last three nights have had interesting and vivid dreams about health.  I also upped my daily NAC intake to 2000mg.

Just found out the OP is posting on other forums as Mac, with Peribsen, the medical archeologist, and maybe one other:

August 1- Die off symptoms lessening and almost ready for Maintenance protocol.  Feeling in general more mental clarity, and energy, but with periods of tiredness and trying to reduce caloric intake.

Cosmic Death Fungus – A Primer on an Ancient Enemy

Stillness In The Storm

The Wake Up Experience